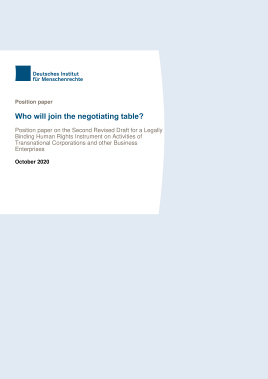 Who will join the negotiating table?

At the end of October 2020, an intergovernmental working group of the United Nations will meet for its sixth round of negotiations on a draft for a binding human rights agreement on transnational corporations and other enterprises. Compared to the preliminary draft, the revised draft shows significant improvements. It retains the right priorities for closing human rights protection gaps in supply and value chains, while at the same time meeting demands for an expansion of the material scope of application and a more systematic orientation toward the UN's guiding principles for business and human rights (UNGP). The second revised draft can thus be seen as a clear concession to the concerns of the European Union. This is another reason why, according to the position paper, the European Union should join the negotiating table in Geneva. 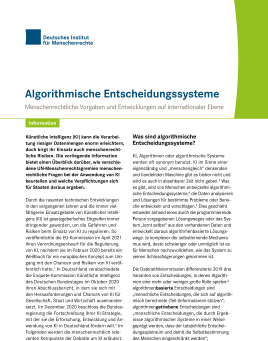 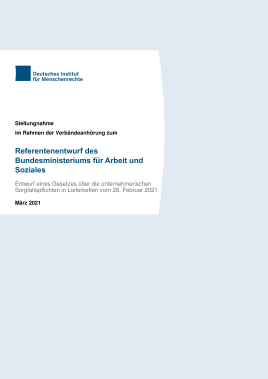