The Federal Foreign Office has commissioned the German Institute for Human Rights to prepare a National Baseline Assessment (NBA) in summer 2021. The NBA serves to prepare a new National Action Plan (NAP) for the implementation of the UN Guiding Principles on Business and Human Rights. In the NBA, the Institute analyses where Germany stands in the implementation process, which further steps for the continuation of the NAP process would be desirable from a human rights perspective, and which new challenges should be taken into account by the German government due to their large overlap with the UN Guiding Principles. Stakeholder from politics, business, trade unions and civil society contributed their perspectives and expertise to the drafting process of the NBA.

Recommendations to the government

The Institute derives recommendations from the analysis, which it provides to the German government for the preparation of a new NAP. In the Institute's view, the German government should use the update of the NAP to formulate an ambitious strategy for the business and human rights agenda. This strategy should take appropriate account of the dynamic development of the past decade since the adoption of the UN Guiding Principles and link the relevant national, European and global processes in a meaningful and coherent manner. In particular, the NAP should address the expectations of international experts formulated in the UNGPs 10+ roadmap and at least fully implement the voluntary commitments from the coalition agreement.

Coherent alignment with the SDGs

In addition to effective implementation support for the Supply Chain Due Diligence Act, which will enter into force on January 1, 2023, measures in the first and third pillars of the UN Guiding Principles should be strengthened. For a coherent alignment with the 2030 Agenda and its Sustainable Development Goals (SDGs), the German government should focus not only on human rights but also on environmental due diligence. This would be in line with international developments and would further help to counter and prevent environmental impairments at an early stage that may only develop into human rights violations in the medium or long term. 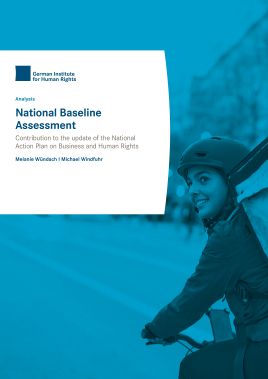 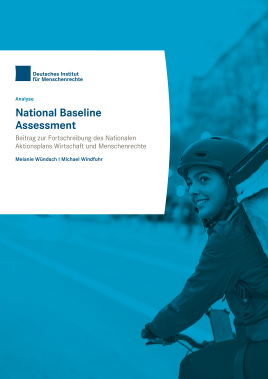